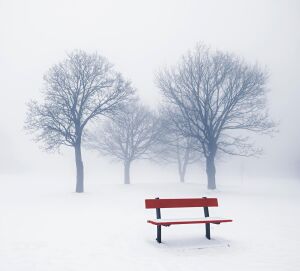 CHICOPEE- Barbara (Aspden) Gibbs, 92, of Sunrise Lane passed away peacefully at her home, surrounded by family, on Thursday December 23, 2021. Barbara rejoined her husband of 72 years, William E. Gibbs, who had just passed on November 15, 2021. Barbara was born in Holyoke on January 8, 1929, a daughter of the late Charles and Anna Ellen (Sibley) Aspden Jr. She was raised and educated in Springfield and graduated from Classical High School in 1947. Barbara was a talented musician and throughout her life, helped spread the wonderful gift of music to many others. Barbara taught at the Conservatory of Music in Springfield for eight years and for ten years, Barbara taught music lessons to a chorus of students as a private teacher. She had previously worked as a Secretary at mass Mutual in Springfield.     Barbara and Bill were married on August 26, 1949, settling in Chicopee to raise their family. Barbara and Bill were longtime members of St. Luke’s Episcopal Church in Springfield and volunteered for many fundraisers and events over the years as well as Barbara serving as the organist for many years.  Barbara was predeceased by her beloved husband, William E. Gibbs, her daughter, Lynn Martin and two sisters, Carol and Janet.  Barbara leaves her loving children; Deborah Gibbs Corcoran and her husband Don Corcoran of Oregon, Douglas W. Gibbs and his wife Catherine (Picard) Gibbs of Westfield, Kimberly J. Laflamme and her husband Arthur N. Laflamme of South Hadley and Duane A. Gibbs and his wife Lauri A. Gibbs of Southwick, and her Son-in-law, Joe Martin of Westfield and her beloved grandchildren and great grandchildren. Barbara leaves her sister, Charlotte Proulx of Springfield and several nieces and nephews.

Her family would like to extend their deepest thanks to the staff of “Team Gibbs” for their compassionate and devoted care of their mother, and the dedicated staff of Baystate Hospice for providing amazing support and end of life care for Barbara.

A Service of Remembrance for Barbara and Bill will be held in April at the Chapel of the Massachusetts Veterans Memorial Cemetery in Agawam at a day and time to be announced. Donations in Barbara’s memory may be made to Baystate Hospice, 30 Capitol Drive, West Spfld, Ma. 01089.

To plant a beautiful memorial tree in memory of Barbara A. (Aspden) Gibbs, please visit our Tree Store.

A Memorial Tree was planted for Barbara

Your browser does not support this video format. You should be able to view it in Chrome, Safari or Internet Explorer.
Please click here to view the video tribute

A Celebration of Life will be held at a later date.