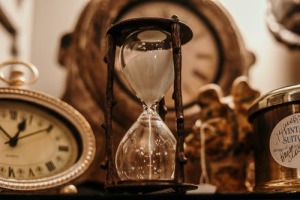 He was born in Springfield, son of the late Adriano and Adimera (née Ciaschini) Cucchi and lived in Chicopee for over 60 years.  He graduated from Commerce High School in 1942.

Mr. Cucchi worked at Swift Company as a traveling salesman for many years before retiring in 1989.  He was an avid lover of both playing and watching sports. In his youth he played football, baseball and basketball. Later in life he became a fierce competitor in tennis and racquetball playing well into this late 80s against challengers half his age.  He would play racquetball competitively several times a week at the Benevolent and Protective Order of the Elks in Chicopee MA (Lodge 1849), where he was a lifelong member.  When he wasn’t playing sports, he was watching them, he was a dedicated fan to Norte Dame Football. Above all else he loved spending time with his best friend and wife, Claire. In their youth they loved to dance together, and he would draw her pictures and write her songs. They were inseparable from the moment they met.

The family would like to extend their deep appreciation to the nurses and staff that work at the River Mills Assisted Living at Chicopee Falls and to Ascend Hospice. Eric’s family will be eternally indebted to the tireless, compassionate, and professional care they all provided him.

The family will receive friends on Thursday, September 3, 2020 from 10:00 to 11:00 a.m. at Tylunas Funeral Home, 159 Broadway St., Chicopee, followed by a Religious Service at the Funeral Home at 11:00 a.m.  Interment of his ashes will immediately follow the service in St. Rose Cemetery, 49 Olsen St., Aldenville. In lieu of flowers, memorial contributions may be made to the charity of one’s choice.

To send sympathy gifts to the family or plant a tree in memory of Ercole W. ("Eric") Cucchi, please visit our tribute store.