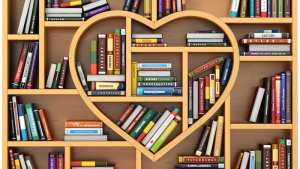 SPRINGFIELD-Florence May (Howe) Marchand, 90, formerly of Cameron St. in Springfield passed away peacefully on Wednesday at Heritage Hall Nursing center. Florence was born in Worcester, MA., a daughter of the late Dana P. and Bertha (Barrot) Howe.  At the age of four, she lost her father, and a short time later moved to a foster home with her sister. She later moved to live with with her uncle Roland and his family, while her sister remained in foster care. At the age of 14, she was reunited with her mother in Springfield and lived with her throughout high school until she was married. She graduated from the Commerce High School in 1948. Florence met her former husband and father of their four children and they were married in August of 1949. She was divorced in 1961 and raised the children on her own. She worked for Steigers and Nugents Department stores after her youngest turned 14 until her retirement. Her first grandson was born in 1971 and she welcomed three more grandsons in 1973, then quickly became the “Hallmark” Queen, sending birthday, Christmas, Easter, Valentines, Halloween and may other special occasion cards to cheer family and friends.  The “Queen” status took hold in her youth and was later recognized when she was featured in the Springfield newspaper, after winning a contest as a look-alike to Queen Elizabeth. She enjoyed all things Country & Western and would attend concerts of her favorite stars every chance she got. For her 88th birthday, she saw Alan Jackson and was able to meet him and get a quick hug which made her birthday. Florence enjoyed playing poker, bingo, reading and watching Nascar. In 1972, she met a man, Tom McGough, who was very special to her. Though they were never married, they were committed to each other and she felt a great loss at his passing in 1986. She was predeceased by her only sister, Mildred Smith and her oldest daughter, Gail A. Case. She leaves her children; William G. Marchand Jr. of West Springfield, Milly M.  Potter (Garry), of Feeding Hills, and Mary T. Quesnel of South Hadley. Eleven grandchildren; Stephen, Justin, Thomas, George, twins, Cathie & Cristie, Jessica, Henry, Christopher, Theresa and William G. III, 19 great grandchildren, 3 great-great grandchildren and many step grandchildren and adopted grandchildren.

A CELEBRATION OF FLORENCE’S LIFE WILL BE HELD AT 12:00 NOON.

AT FLORENCE’S REQUEST, SHE WILL BE CREMATED AND THE INTERMENT WILL BE PRIVATE.

The family asks that donations may be made to St. Judes Children's Hospital or Shriners Hospital for Children in her honor.

To plant a beautiful memorial tree in memory of Florence May (Howe) Marchand, please visit our Tree Store.

A Memorial Tree was planted for Florence