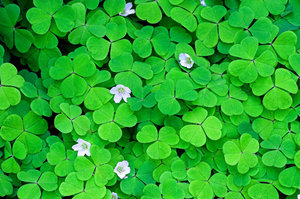 EAST LONGMEADOW-Francis J. Mulcahy II, 85, was reunited with the love of his life on Tuesday, July 19, 2022. Fran was born on December 24, 1936 in Springfield, MA to Francis J. Mulcahy and Julia Mulcahy (Beauchiero) Trant. After losing his father at just four months old, Fran went on to be raised by his beloved stepfather Milton Trant. Fran graduated from Technical High School in 1954 where he met his Cathedral High sweetheart and future wife, Norine (McCarthy) Mulcahy. They were married in 1956, the same year he began his longtime career at Combustion Engineering Inc. Starting as a draftsman, Fran would go on to become a product manager and even formed the company’s golf league. Fran and Norine wasted no time starting their family, eventually having six children and raising them right in their own hometown of Springfield, MA.

Aside from his many years at Combustion Engineering Inc., Fran is perhaps more well known as the longtime owner, operator and self-proclaimed resident comedian of Fran’s Restaurant in Feeding Hills, MA. Fran’s three greatest passions in life were family, cooking and making people laugh, and he was fortunate enough to build a new career for himself that incorporated all three of those perfectly. In his spare time, Fran served as a Eucharistic Minister at Our Lady of the Sacred Heart Church and enjoyed golfing, gardening (frequently at Mont Marie), chess, playing cards with friends, Sunday dinners with family and an impromptu ride down to the casino with his wife from time to time.

Fran is survived by his daughters; Mary Barton of East Longmeadow; Maureen Houle and her former husband David of Agawam; Kathleen Demarest and her husband Randy of East Longmeadow; Elizabeth Montagna and her husband Joseph of Holyoke; his son Francis J. Mulcahy III of Orlando, FL; his brother Thomas  Mulcahy and his wife Dianne of Enfield, CT; fourteen grandchildren, nine great grandchildren and many nieces, nephews and cherished friends. Aside from his parents, Fran is also predeceased by his loving wife of 56 years Norine, daughter Theresa Haupt, sister Roberta Mulcahy and sons-in-law Richard Haupt and Craig Barton. THE FAMILY WILL RECEIVE FRIENDS ON SUNDAY, JULY 24, 2022 FROM 3:00 TO 5:00 P.M. AT TYLUNAS FUNERAL HOME, 159 BROADWAY ST., CHICOPEE. THE FAMILY ASKS THAT EVERYONE GATHER ON MONDAY DIRECTLY AT OUR LADY OF SACRED HEART CHURCH, 417 BOSTON RD. AT 10:00 A.M. TO CELEBRATE THE LITURGY OF CHRISTIAN BURIAL FOR FRANCIS. BURIAL WILL FOLLOW THE MASS AT ST. MICHAEL’S CEMETERY, (ST. FRANCIS SECTION) 1600 STATE ST., SPFLD. In lieu of flowers, donations may be made to the Sister of St. Joseph, 577 Carew St., Spfld, Ma. 01104,  a charity very near and dear to Francis’ heart.

Your browser does not support this video format. You should be able to view it in Chrome, Safari or Internet Explorer.