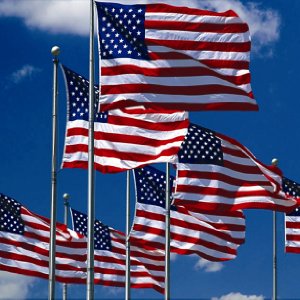 CHICOPEE-Gilbert Allen, 98, a resident of Chicopee, passed away peacefully at home, on July 31, 2020, surrounded by his family.  He was born on April 21, 1922. Living as a youth in Springfield, he graduated from Technical High School in 1940.  Gilbert joined the Navy in 1942.  He served at the Springfield Navy Recruiting Station until 1946, when he was assigned to the USS Greenwood DE679, until his honorable discharge in 1947.  He was married to Edna Bascom and they settled in Chicopee to raise their family.  Gilbert was a longtime project manager with Combustion Engineering Nuclear Division and retired in 1985.  He was an active member of the then, East Congregational Church in East Springfield for many years.  Gilbert and Edna were married for 58 years, until Edna's passing on April 1, 2006.  He leaves his three children; Janice Ewing and her late husband Raymond, John Allen and his wife Barbara, Judith Lefebvre and her husband Neal, his six cherished grandchildren, Carri Reitz and her husband Paul, Gregg Ewing and his wife Jennee, Catherine Lishnak-Allen and her wife Valarie, Christie Chavarria and her husband Miguel, Amanda Sanborn and her husband Peter, Brittany Kessell and her husband Brian,and his 2 great grandchildren Shellby and Pennelope Ewing. He is also survived by his uncle Juan Pascoe, his cousin Kathleen Kavanaugh, his niece Darlene Jeffords and his nephew David Bascom. He is predeceased by his brother in-law and sister in-law, Chester and Shirley Bascom and aunt Dorothy Pascoe and aunt and uncle, Ruth and Andrew Kavanaugh. The family will be forever grateful to the caregivers and staff of Mercy Companions,  Silver Linings Home Care and Trinity Hospice, for their compassionate care, support , and guidance over the last several years and final months of his life. The family will observe a private Graveside service at Hillcrest Park Cemetery, 895 Parker St., Springfield with military honors for Gilbert in keeping with his wishes.  In lieu of flowers, memorial contributions can be made to First Congregational Church of Chicopee, 306 Chicopee St., Chicopee, MA. 01013 or to Trinity Hospice, 200 Hillside Circle, #107, West Springfield, MA 01089

To send sympathy gifts to the family or plant a tree in memory of Gilbert Heman Allen, please visit our tribute store.