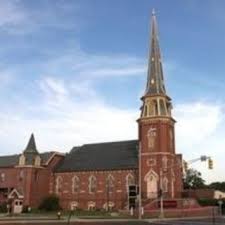 CHICOPEE ~ Jacqueline Marie Tisdale, 70, of Memorial Drive in Chicopee went home to be with the Lord on Monday, February 18, 2019. She was born in Newport News, Virginia on June 20, 1948, the daughter of the late James W. Tisdale Sr., and the late Anna Green Heckstall. She was raised and educated in Newport News, graduating from Huntington High School, class of 1966. She moved to the Chicopee area many years ago when she joined the United States Air Force. Jackie was stationed at Westover AFB and served there until she was honorably discharged. She then went to work for Westfield State University and moved on to the Darcy Company in Holyoke for many years until her retirement. She was a devoted member of First Central Bible Church where she was actively serving on numerous committees including the Board of Deaconesses, the CD Ministry and teaching the Wednesday night Ladies Bible Study Class. She loved bowling and was a member of the Interchurch Bowling League, as well as woodworking and crocheting. Jackie leaves her children, Derrick Jackson of North Adams, and Jacqueline Jackson of Holyoke. Her brothers, James Tisdale of Florida, Michael Heckstall of Chicopee, James W. Tisdale and William B Tisdale of Virginia. Her sisters; Cynthia T. Smith and Darlene T. Patello also of Virginia; numerous nieces and nephews including Joseph of Arizona, Christopher of Chicopee, Jonathan of  Baldwinsville, MA., Melissa Jackson of Hopkinton, MA., Veronica Garvin of Quincy, MA., Latia of Boynton Beach, FL., Janoy D. Tisdale of Sacramento and Keisha T. Hicks of Kentucky. Her great niece, Jazmyn Garvin.  Her “golden girl” cousins, Ernestine Bell and Marietta Bennett of Texas. Predeceased by her beloved God-given sister Elizabeth Jackson and nephew Dwayne Jackson, she leaves many beloved members, nieces, nephews and cousins of the Jackson and Tisdale families and a host of dear friends whom she loved and thought of so affectionately. Family and friends are invited to gather to celebrate Jackie’s Life and Devotion to God on Saturday, March 2, 2019, at 11:00 A.M. at First Central Bible Church, 50 Broadway Street, Chicopee. In lieu of flowers, donations in Jackie’s memory can be made to First Central Bible Church 50 Broadway Street, Chicopee, MA 01020.

I can do all this through him who gives me strength...

To plant a tree in memory of Jacqueline Marie Tisdale, please visit our tribute store.