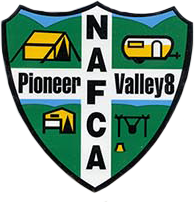 James W. Davis, 86, passed away Friday, January 22, 2021 at Vero Nursing Home in Hampden with his beloved wife, Janet, beside him. Jim was born on December 17, 1934 in Ayer, MA. A son of the late James and Lillian (Legree) Davis. He moved to Chicopee in 1950 and attended Chicopee public schools. He was employed at Production Pattern for many years before entering the construction industry. Jim was a gifted man who could fix just about anything. He retired in 1992 as a Construction Supervisor for Onyx Wall Systems. Jim loved traveling and planning trips, especially going on cruises and working on his computer creating memories. He was a member of the Pioneer Valley Chapter 8 Camping Club for many years and also belonged to the Chicopee Senior Center Travel Club.

Jim was predeceased by his first wife, Theresa (Peloquin) Davis who died in 1975 and several siblings; Peggy Brault, William, Raymond and Robert Davis and his sister in law, Jeannette Davis. Jim is survived by his loving wife of 43 years, Janet (Prince) Davis. His daughters Diane LaBonte of Chicopee, MA and Denise Giguere of Tamarac, FL. His granddaughters; Jocelyn LaBonte and Danielle Ranalli and great grandchildren; Austin, Alex and Bentley. He also leaves his siblings; Richard Davis, Thomas Davis and his wife Valerie, John Davis and his wife Debbie and his sister, Mary Fontaine and her husband Rene and many nieces and nephews.

The family wishes to thank the UMass Memorial Hospital and Holyoke Medical Center and their staff along with Drs. Marilynn Levine, Robert Byrne and Johnathan Slater for all their great care and compassion. The family would like to especially thank the staff at Vero Nursing Health & Rehab for the care and dignity they showed Jim and his family during his stay. There are no calling hours and a private interment in St. Rose de Lima Cemetery will be held at a later date. Donations in Jim’s name may be made to UMass Memorial Health, Office of Philanthropy, 365 Plantation Street, Biotech One, Worcester, MA 01605 or St. Jude Children’s Research Hospital, 501 St. Jude Place Memphis, TN 38105.

To send sympathy gifts to the family or plant a tree in memory of James W. Davis, please visit our tribute store.