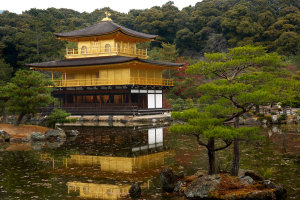 SPRINGFIELD -Jason C. Trench, 43 of Springfield passed away peacefully at home in the care and comfort of his family and friends after a courageous battle with cancer on Tuesday, January 15, 2019. Jason was born in Springfield on December 17, 1975, the son of Harold Trench of West Springfield and Joyce E. (Robinson) Trench of Chicopee. He graduated in Chicopee Comprehensive. He then attended the University of Massachusetts Amherst where he received his Bachelor's Degree in Education and Japanese. Jason moved to Japan in 2011 where he met the love of his life, spent 6 years as an English teacher for Japanese public elementary schools and high schools. He worked for Oyama City Board of Education, Tochigi City Board of Education, Utsunomiya City Board of Education and Culex, Inc. Jason immersed himself in the Japanese language and culture and enjoyed teaching during his entire stay in Japan. He enjoyed video games, comic books especially "Manga", the Japanese comic books. He read and played the guitar in his spare time and enjoyed watching movies and television series. He leaves his beloved wife, Iona Gay (Miembro) Trench and his loving daughter, Claira Elizabeth Miembro Trench both of Springfield. His parents, Harold J. Trench Jr. of West Springfield and Joyce E. (Robinson) Trench of Chicopee and a sister, Krista Trench of Westfield. He also leaves many uncles, aunts, cousins and friends to cherish his memory.   Family and friends will gather and remember Jason on Wednesday morning, January 23, 2019 at Tylunas Funeral & Cremation Center, 159 Broadway St., Chicopee from 8:30 - 9:30 a.m. followed by a Service of Remembrance at 9:30 a.m. at the Funeral Home. Burial will be private.  Donations in Jason's memory may be made to his daughter Claira's Education fund c/o Trench Family.

To plant a tree in memory of Jason Christopher Trench, please visit our tribute store.