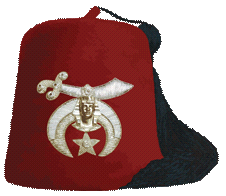 CHICOPEE – Richard J. MacGregor Sr., 80, of Claire St. in Chicopee was called safely home on Friday, Dec. 10, 2021 at Baystate Medical Center. Richard was born in Ludlow on December 31, 1940, a son of the late Robert and Angela (Giroux) MacGregor. Richard served as a Master Sergeant with the Army National Guard for 22 years before being honorably discharged in 1991 and had previously served with the US Army from 1961 to 1962. Richard worked at Kollmorgen (now L3), as a quality assurance manager in the optical division in Northampton over 24 years, retiring in 2005. He had previously worked as a machinist for Chicopee UniRoyal Tire in Chicopee for 13 years. Richard was very active in his community through the Shriners. He was a member of the Ludlow Brigham Lodge of Masons, the Melha Shrine, ROJ Springfield Court 144 and the Order of “Q”. He was a very proud member of the Melha Highlanders and the Legion of Honor. He was a longtime member of the Union Church of Christ in Ludlow. He loved woodworking, golf and watching his many grandkids compete in numerous sports – his favorite place was cheering from the sidelines.  He especially enjoyed just spending time with family and friends. Richard was predeceased by his loving wife of 40 years, Anne-Marie (St. Onge) MacGregor and his brother-In-Law Albert St. Onge Jr.  He leaves his three sons; Richard J. Jr. and his partner Tonya Sargalski of Windsor, CT, Michael D. and his wife, Anne of Hampden, and James R. and his wife Melissa of Arlington, VA. Richard leaves the joys of his life, his incredible grandchildren; Robert, Caitlin, Richard III, Matthew, Daniel, Elizabeth and Alexander MacGregor. He was their biggest fan and champion. He also leaves his dear brother, Robert MacGregor of Ludlow and his dear Sister-in-Law Sr. Rita St. Onge, SASV, of Marlborough and many nieces, nephews, cousins and dear friends.

The family will receive friends on Thursday, December 16, 2021 from 9:00 to 11:00 a.m. at Tylunas Funeral Home, 159 Broadway St., Chicopee. A Funeral Service will be conducted at the Funeral Home at 11:00 a.m. with Pastor Jeffrey K. Erb, Celebrant. Burial will follow in Fairview Cemetery in Chicopee.

A Memorial Tree was planted for Richard