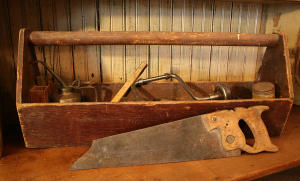 PALMER- Roger P. Helie, 86, of 6 Quaboag Valley passed away peacefully at his home on Friday, June 12, 2020 with his beloved wife at his side. Roger was born in Chicopee on May 12, 1934, a son of the late George and Florence (Gregoire) Helie. He attended schools in Chicopee including St. Joan of Arc School in Aldenville. He then moved to Canada briefly, finishing his education in Canadian Schools. He enlisted in the US Navy and was stationed aboard the USS Ashtabula in the Chinese Theatre of operations. Roger was honorably discharged and returned home in 1957. He married the former Barbara Hutchison on April 21, 1956. Roger followed in his father’s footsteps and was a longtime cabinet maker, owning and operating Helie Cabinet Shop on Trilby Avenue in Aldenville, carrying on his father’s business. He later worked for Uniroyal and the Chicopee school department before retiring. He was a member of the American Legion Post 337 in Chicopee, the Tiger AC as well as a member of the National Association of Navy Veterans. Roger leaves his beloved wife of 64 years, Barbara Helie of Palmer. His children; Joyce Crabtree and her husband James, Douglas Helie and his wife Gina, Carol Shiprack and her husband John,  Norman Helie and his wife Christine,  Donna Rioni and her husband Dominic, Mary Helie, and , eleven grandchildren and 8 great grandchildren. He was sadly predeceased by his son, Bruce Helie and his siblings; Robert Helie and the Reverend Norman Helie. A private interment with U.S. Navy Honors will take place on Thursday, June 18, 2020 at 11:00 a.m. at  the Massachusetts Veterans Memorial Cemetery, 1390 Main St., Agawam, Massachusetts.

To plant a tree in memory of Roger P. Helie, please visit our tribute store.