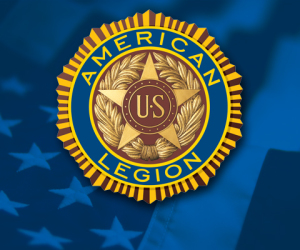 CHICOPEE- William W. Stewart, 95, of Collins Street in Chicopee passed away peacefully on April 24, 2019 in Florida with his family surrounding him. Bill was born in Holyoke on January 12, 1924, a son of the late William M. and Helen (Kureck) Stewart. He was educated in Chicopee, attending local schools including Kirby Jr. High and graduated from Chicopee High School in the class of 1941. Bill enlisted in the US Army in 1943 serving with the 164th Infantry Regiment. Bill was stationed in the South Pacific and saw action in the Northern Solomon’s, Southern Philippines and Japan. He received the Victory medal, Asiatic/Pacific Theatre Liberation Ribbon, Bronze Service Star, Sharp Shooters Infantry Badge and the Good Conduct medal. He was honorably discharged and returned home on December 6, 1945. Bill was employed as a Supervisor with National Blank Book/Avery Dennison Company over 45 years prior to retiring in 1985. After retirement, Bill enjoyed traveling with his wife, Marilyn; spending time with his children and grandchildren, and also making new friends in FL.  A longtime Chicopee resident, he was a member of the Chicopee Lodge of Elks #1849 and Faith United Methodist Church in Fairview. Bill, was a veteran from the “Greatest Generation” and was a life member of the American Legion Post 438 for 71 years. His beloved wife of 66 years, Marilyn (Moody) Stewart passed away on September 7, 2012. He leaves his children: Diane L. Price, Lorilee S.  Deveno, and William W. Stewart Jr. all of Chicopee. Seven grandchildren:  Paul Deveno, Jr., Mark Deveno; Wendy Price, Thomas Price III, William Stewart III, Timothy Stewart, and Kristen Irizarry, seven great grandchildren (with two more on the way); as well as several nieces and nephews. Bill was predeceased by his siblings; Allan and James Stewart, Doris Boudreau and Ethel Scott.  At Bill’s request, there are no calling hours. The family invite you to join them on Wednesday, May 22, 2019 at 3:00 p.m. at the Agawam Massachusetts Veterans Memorial Cemetery, 1390 Main Street, Agawam, Mass. for the Rites of committal with full military Honors for Bill. (Please arrive promptly by 2:45 p.m. for services) Donations in his memory may be made to Faith United Methodist Church, 191 Montcalm St, Chicopee, MA 01020 or Veterans, Inc., 69 Grove St, Worcester, MA 01605. Tylunas Funeral and Cremation services has been entrusted with arrangements.